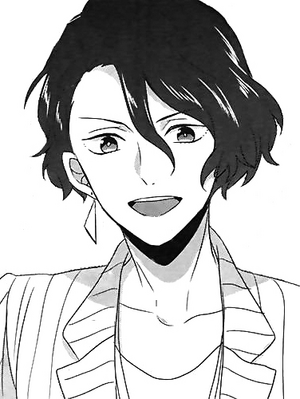 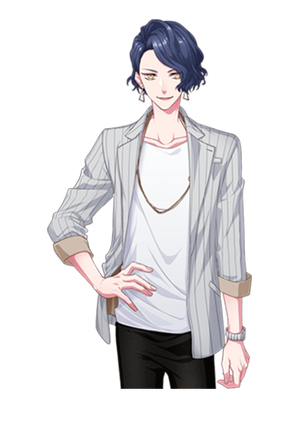 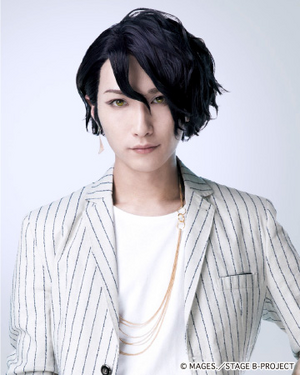 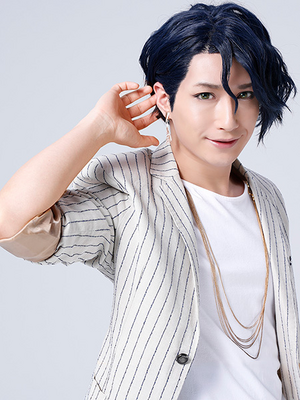 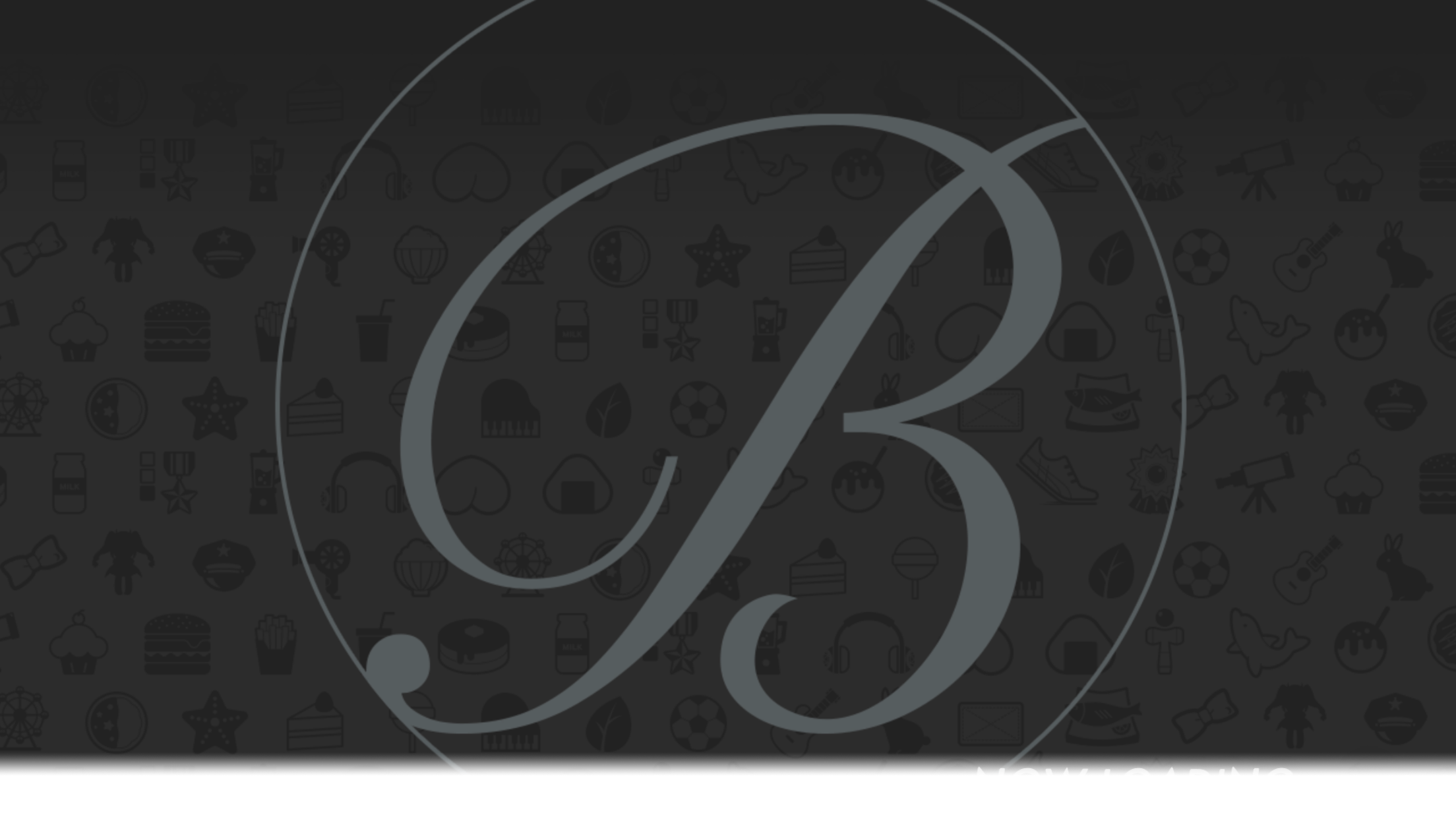 Gandara Music director and Sumisora Tsubasa's superior. Founder of B-Project, he trained KitaKore, THRIVE, MooNs from scratch. A man who has effeminate mannerism, but that is also quick-witted.

Yashamaru is a beautiful man with a lean build. He has styled side-swept to the right, curly blue hair with yellow eyes. And wears a golden triangle earring on his right side.

In the anime as well as the game he wears a light-colored blazer with golden-colored tucked up sleeves. Underneath he wears a simple white top accompanied with dark tight leather trousers and red half-boots. As for accessories, he wears a golden multi-rowed necklace and a watch on his left wrist. Alternatively, he wears a black suit on formal occasions.

At first glance, Yashamaru is someone with a charming and flamboyant character. His charm often helped him getting job offers for B-Project. But if the mask is taken down a different side of him surfaces. He appears to be cold and opportunistic. Driven by revenge he does not shy away from using methods that work to the disadvantage of others.

While the game does not hint at a connection to Tsubasa, the anime revealed vague details about his past that is tightly connected to Tsubasa's father, Saikai Yu.

It was mentioned that her father is to blame for the death of his sister ten years ago. Saikai Yu wrote a song for her however, she didn't have the chance to sing it. The song which was the theme song of an upcoming drama was given to the lead actress instead. A decision made by the producer of the drama. Shortly after, Yashamaru's sister passed away. In his sorrow about the loss, he blamed Saikai Yu for her passing because to him it looked like he betrayed his sister.

To take vengeance Yashamaru founded B-Project. He wants to make her father suffer as he did back then. Therefore he went after those who are or were associated with her father and wants to destroy them.

At the start of Season 2 Yashamaru is still gone with no one knowing about his whereabouts. He tried to sabotage B-PROJECT's career while he was absent. But his efforts were fruitless. After the confrontation with Tsubasa and the boys in episode 9, Season 2, he gave up on his vegeance. In episode 12, Season 2 he comes back to B-PROJECT after overcoming his grudge.

The editor-in-chief of the famous Kiss & Hug magazine, Suzuki Yoko, found out that there is no data about 'Yashamaru Sakurato' before he joined Gandara Music ten years ago. [1]

Retrieved from "https://bpro.fandom.com/wiki/Yashamaru_Sakutaro?oldid=33336"
Community content is available under CC-BY-SA unless otherwise noted.