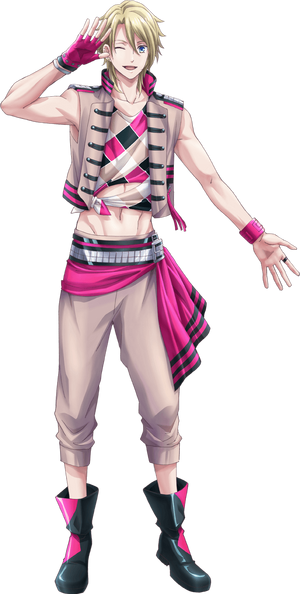 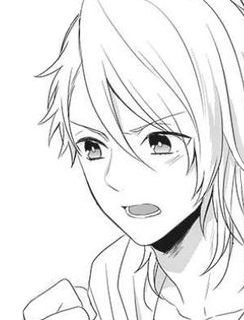 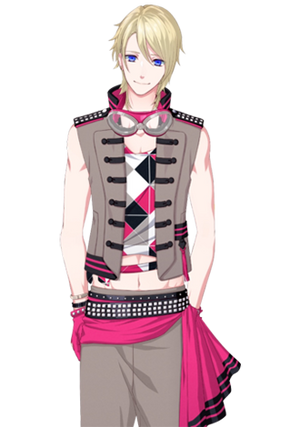 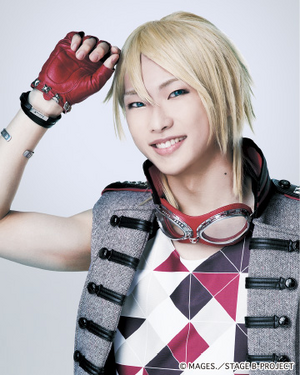 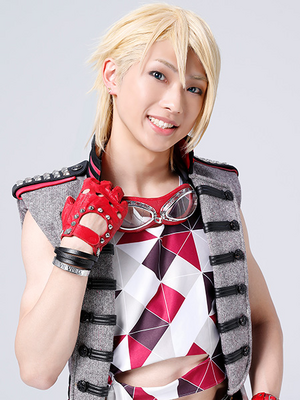 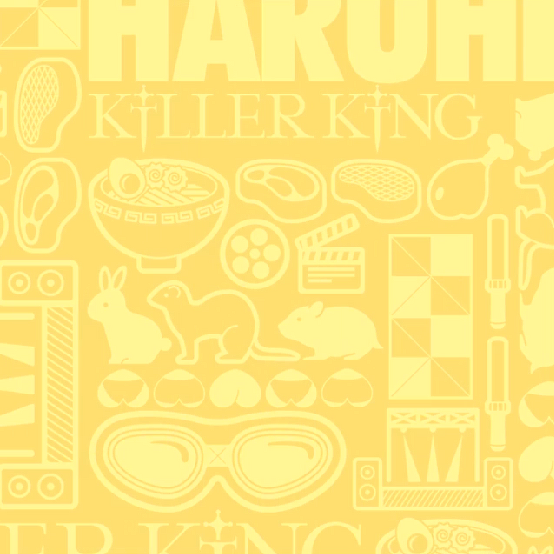 Hey, hey, Princess! How was my singing today? Was it cool? Heheh, I see~ Getting praised by you, Princess, sure makes me happy! Hey, so, let's go out somewhere together next time! No, this time it won't be with everyone, but just the two of us. It's fine, right? Fufu, it's decided! Leave your schedule open~

Haruhi is the more extroverted and talkative twin. He is a big fan of the brand Oshiriz.

Overall Haruhi shares the same traits appearance-wise as his older twin, be it the parting of the hair or mole on the neck. The only difference is that they are mirrored and Haruhi is blond.

His dress style is fresh and fashionable.

Unlike the similarities in appearance with Yuduki, they differ greatly when it comes to the personality.

Haruhi likes to attract attention and proudly shows off his accomplishments. If you praise him, he will go on about it endlessly[1]. Sometimes he puts too much effort into the tasks given to him.

In extreme stress situations, Haruhi starts to speak in English[2].

Retrieved from "https://bpro.fandom.com/wiki/Teramitsu_Haruhi?oldid=43039"
Community content is available under CC-BY-SA unless otherwise noted.