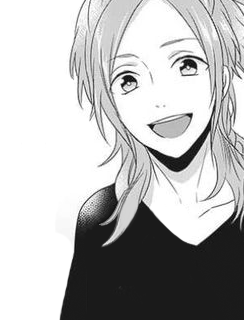 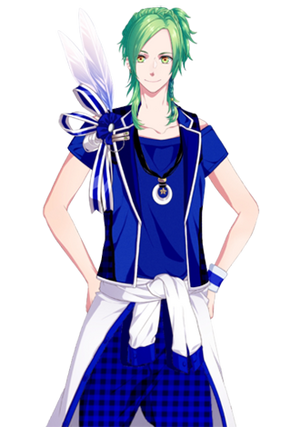 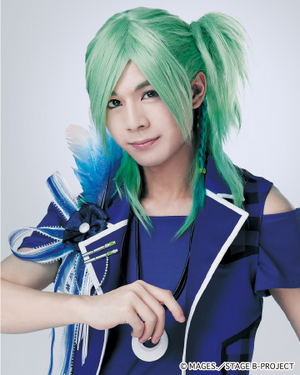 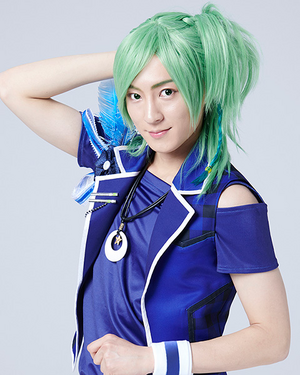 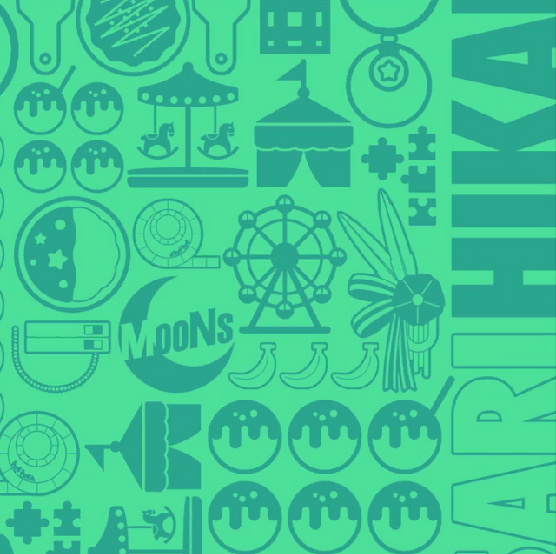 Hey Princess. Have my feelings come across properly, Princess? I mean...! You're defenseless, Princess! If you're not careful, some wolf might eat you!

Hikaru is the loud and energetic part of MooNs. Even though his overeagerness causes trouble for his group often times, they also appreciate his ability to lighten the mood.

He is a tall, young man and has an average build. His green hair is partly tied into a ponytail with one strand usually in a braid. His bangs are parted on the left side. His eyes are a color mix of brown and green with a yellow highlight.

In his free time, he wears clothes with lots of different patterns.

Hikaru is very cheerful, loud and clumsy when too excited. His hard-working personality comes from his family situation. He always does his best in his jobs, no matter how small the requirements.

But little is known that his loud words are to hide his chronical sickness. He does not want people to pity him because of his health condition. As long as he takes his medicine he can manage well.[1]

He was born in the Kansai region. Hikaru's father passed away so his mother raised him alone with his three younger siblings. His family home is a Takoyaki/Okonomiyaki restaurant.[2][3]

It was also his mother that signed him up for Bambi, unbeknownst to him.[4]

Hikaru is childhood friends with Nome.[5]

Retrieved from "https://bpro.fandom.com/wiki/Osari_Hikaru?oldid=38584"
Community content is available under CC-BY-SA unless otherwise noted.