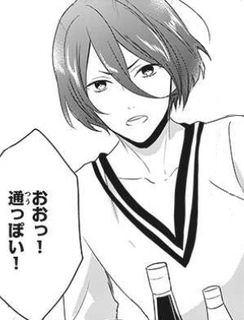 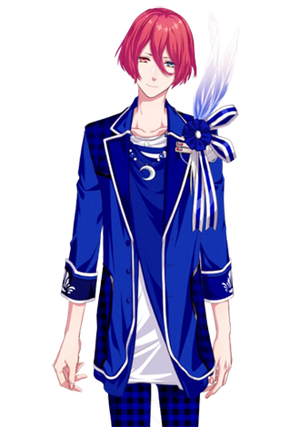 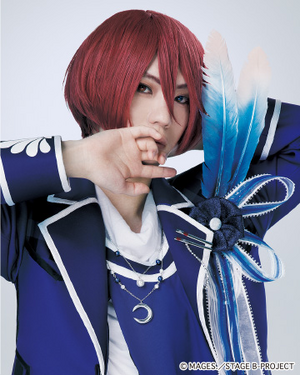 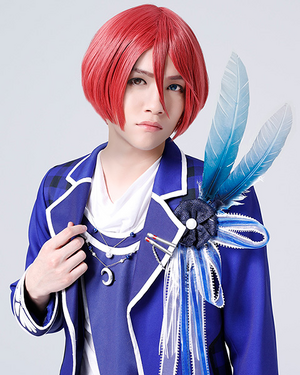 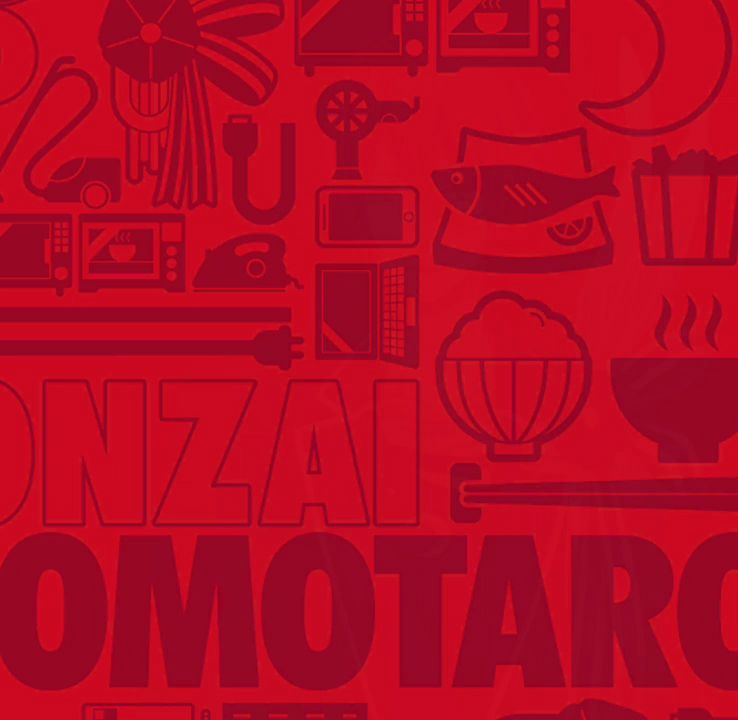 I feel a lot of emotions for the first time when I'm with you... that I'm at a loss. I want you to smile, but sometimes I have the urge to trouble you. I wonder why...?

The mysterious part of MooNs. He is a psychic with a sixth sense. Someone who quietly observes his surroundings and gives advice when needed.

Momotaro is of average height and has a lean, graceful build. His hair is cut in a short bob and is parted in the middle with a single strand falling between his eyes. The most prominent feature of his appearance is his heterochromia. While the right eye is red with a touch of orange, the left one is blue.

In his free time, he often wears loose clothes. He seems to not have a color preference.

He emanates a mysterious, unapproachable aura. But when he becomes closer to one he smiles from time to time. Momotaro is a man of few words. He rather observes and evaluates the situation before saying something.

Despite the silent manner he is passionate about his work and always gives his best. Another small aspect of his character is his occasional teasing which can sound mean rather than playful.

Nothing is known about his past.

Retrieved from "https://bpro.fandom.com/wiki/Onzai_Momotaro?oldid=38696"
Community content is available under CC-BY-SA unless otherwise noted.