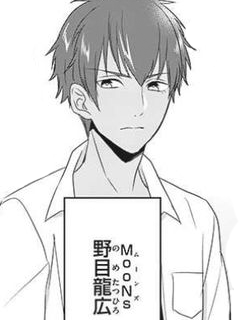 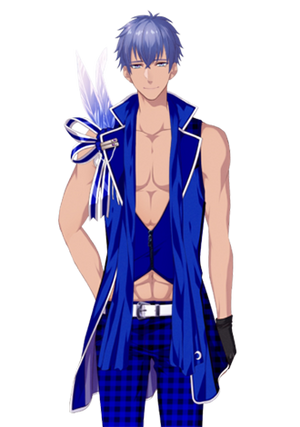 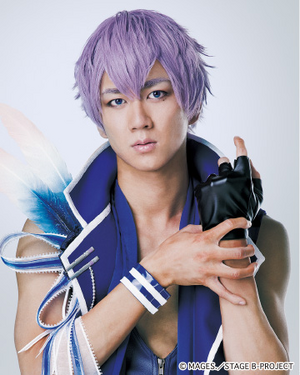 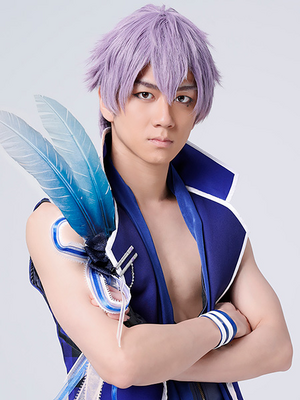 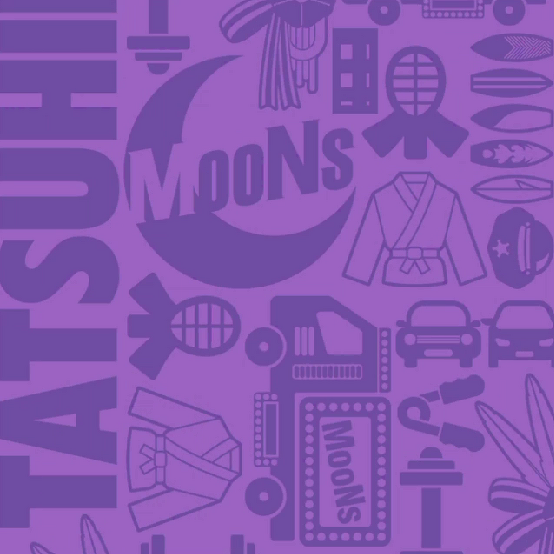 Maybe you're... special. Even if we don't see each other, I worry about whether you're overdoing it. So... be more conscious and stay by my side.

The most athletic member of MooNs. He may be hard to approach but behind the calm facade lies a passionate idol that cares about the wellbeing of his friends.

Tatsuhiro is a young, tall man with a muscular build, a result from his frequent visits to the gym. He has short lilac hair, naturally dark skin[1] and his eye color is a mix of purple and light blue. Furthermore, he has two moles under his left eye.

His clothes often consist of jackets and tight-fitting tops. Many of his costumes also have an open collar.

Albeit hard to approach, Tatsuhiro has a gentle and practical personality. He pays close attention to his surroundings and is a big help to the other B-Pro members and Tsubasa[2]. Sometimes, he is a bit of an airhead that tends to think outside of the box, in particular when it is about his friends. Even though he does not like all idol activities, Tatsuhiro still does his best and tries to not end up as a burden to everyone.

It has been shown on frequent occasions that he is not good with women. He is able to hold a conversation when others are around but he becomes very nervous when alone with them as shown in one of MooNs story chapters when he was stuck with Tsubasa in a room for a short time[3].

His past has yet to be revealed. Though it was mentioned that he has a big brother.

Nome sent in his CV by himself. He wanted to jump into a different world and see how far he could go.[4]

Retrieved from "https://bpro.fandom.com/wiki/Nome_Tatsuhiro?oldid=38348"
Community content is available under CC-BY-SA unless otherwise noted.