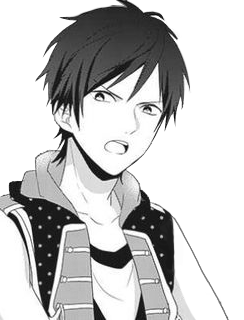 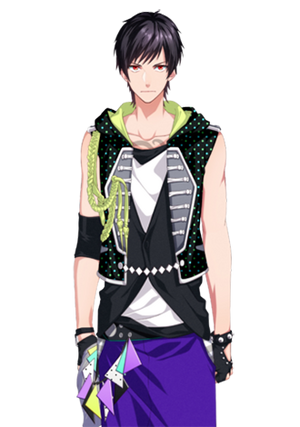 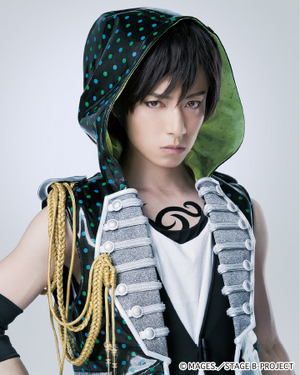 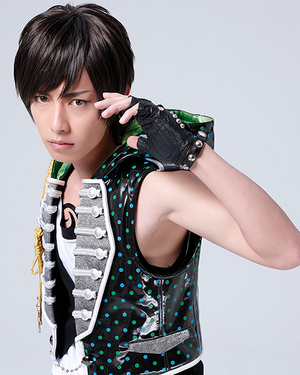 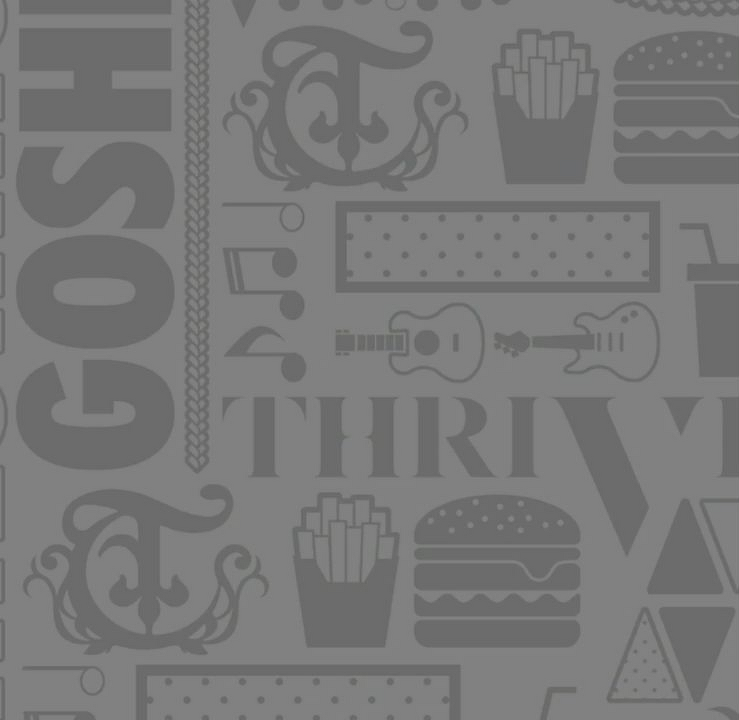 I'll give my all. Sorry that I have such blazing eyes even though I'm an Idol. When there are unit lessons, don't be an obstacle. I'm not joking. I won't cooperate either. You should try to match my pace instead.

In the music world Goshi is considered to be a great talent. He lived overseas for some time in the past to hone his music skills. Therefore he is fluent in English.

Goshi's black hair is short at the front and longer in the back. His bangs are parted to the left side. He has red snake eyes (eyes with visible white between the iris and the lower eyelid)[1]. He generally prefers black clothing.

Both in the game and anime, he wears either a black top or in addition a black leather jacket with jeans. Also, he almost always wears a necklace or/and a wristband as accessories.

Goshi most of the time can be seen with a frown. His rough attitude often hides his true feelings. But deep down he is kind and helpful.

Even though Goshi works as an idol he stated to not like being one. The reason lies mainly in the activities of idols that he does not always enjoy doing. Despite this issue, he is very passionate about music and would go to great lengths for it. Goshi is able to compose music ad-lib. He also has absolute pitch[2].

He is often called a workaholic. Once taken a job, he gives his best to succeed. Nevertheless, Goshi is quite stubborn as well. He clearly states his opinion, sometimes regardless of what his band mates or people he works with think.

Rather than working in a group, he prefers to work on his own. He tends to lock himself up in the basement to play guitar[3].

Not much is known yet about Goshi's past. It was hinted in the game that something happened during his time in America but he does not want to talk about it.

Retrieved from "https://bpro.fandom.com/wiki/Kaneshiro_Goshi?oldid=38557"
Community content is available under CC-BY-SA unless otherwise noted.