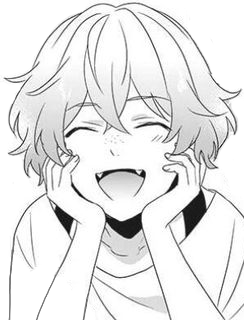 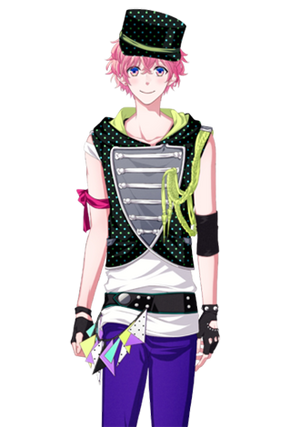 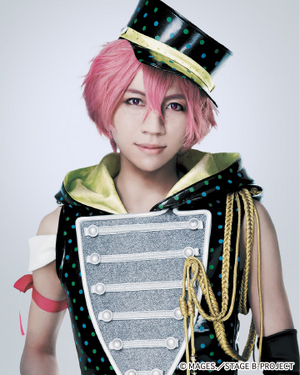 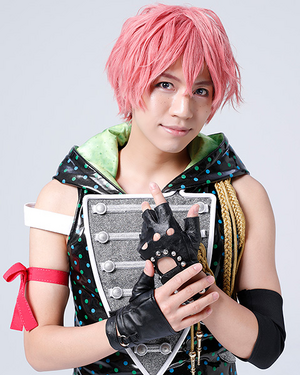 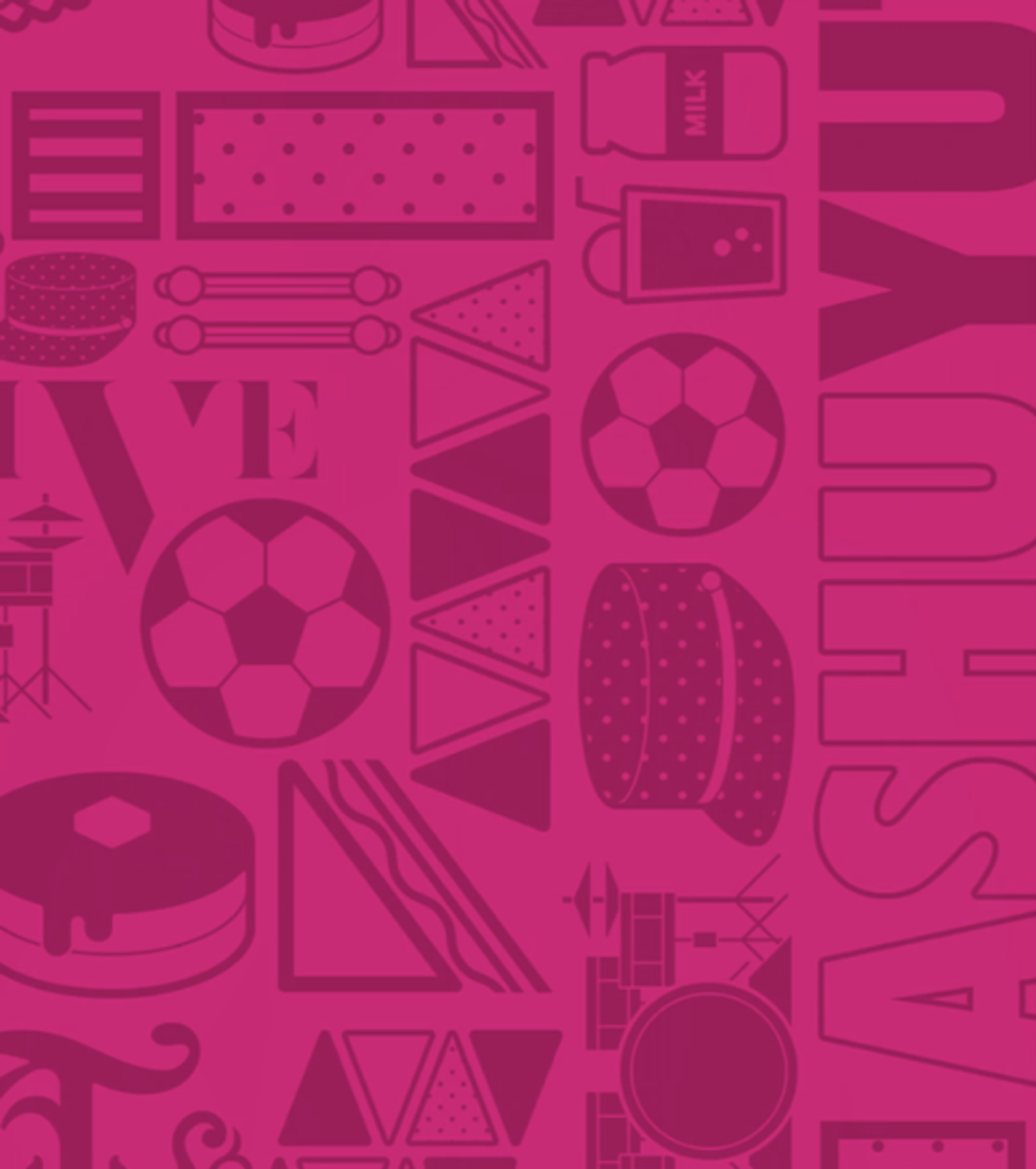 Ah! Hey, Princess, look at this magazine! It's the finest, fluffy pancakes! They look reaaally good, right? Among sweets, I especially love pancakes! Let's go eat them next time~!

Yuta is the energetic part of THRIVE. When Kento and Goshi dispute again he plays the role of the mediator. Despite his innocent appearance he is a wolf in sheep clothes.

Yuta is an average tall boy with an average build. His has short, slightly unruled and curly pink hair. His eyes are a colour mix of purple, pink and a tint of yellow. A prominent feature of his are his freckles and the two fangs in the front row of his teeth. He occasionally wears an earring on the right side.

He usually wears colourful clothes with lots of different patterns.

He has a very expressive and bubbly personality. When getting close to someone he tends to become attached. Yuta shows great care for those he holds dear. He possesses a naturally warm presence and childlike curiosity. But sometimes his mischievous side comes out, and likes to tease his friends; Goshi is often a subject of his teasing.

In contrast to his bright attitude, Yuta also has moments when he doubts himself. His disastrous sense of direction and clumsiness cause trouble many times which make him lose confidence in himself. While he is the mediator when Goshi and Kento are fighting, he often unintentionally adds fuel to the flames. It happens that he excludes himself from the two because he feels inferior to his two band mates.

When problems occur, he conceals them at first but becomes serious at some point.[1] Yuta enjoys being an idol and tries his best to satisfy their fans.

Not much is known about his past. He has a father who is as lively as him and they've been told they are quite similar to each other. Yuuta affectionately addresses his father as Papa.[2] It was also mentioned before that he has a mother and 2 older sisters. His family also owns a dog, its name is Chocolat.[3][4][5]

Retrieved from "https://bpro.fandom.com/wiki/Ashu_Yuta?oldid=38184"
Community content is available under CC-BY-SA unless otherwise noted.