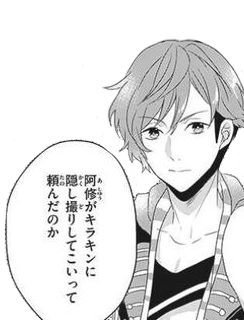 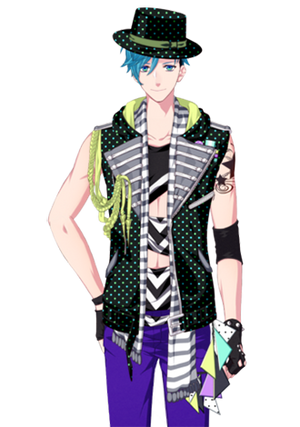 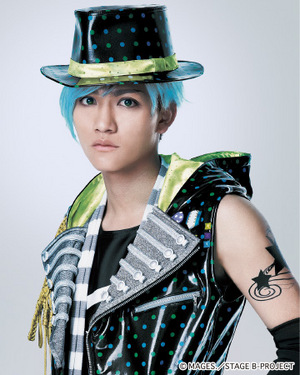 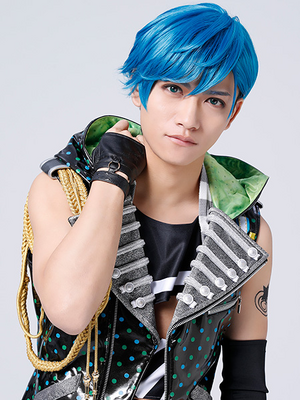 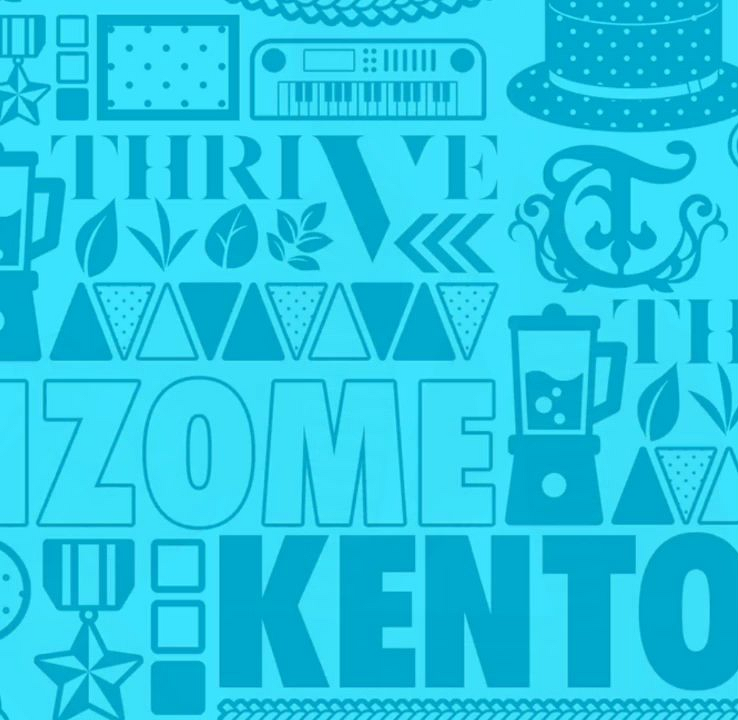 Aren't you tired, Princess? Even if you try to hide it, you can't get anything past me. You need a change of pace every once in a while, so... why don't we go on a date?

The oldest member of B-PROJECT. Kento is a flirt who often goes on dates with girls. When not busy with dates, he is concerned with his looks, in particular, his bangs.

With 181 cm, he is the tallest member alongside his junior Shingari Miroku. Kento's light blue hair is parted to the left and is cut in a mix of a side-and undercut, leaning to the latter. His eyes have the same color as his hair, a clear light blue. A prominent feature is his long bottom eyelashes.

Kento often wears button-down shirts or sweaters. In general, he is well-dressed.

Kento often is described as a narcissist with high pride. Despite his flirtatious and carefree attitude, he pays close attention to his surroundings. Though Kento has a rather big gap in personality. He does not believe in teamwork[1] and tends to push his mistakes on other people. Albeit he does his best when things do not go as he planned he can become indifferent and cold.

A defining character trait of Kento is his lack of understanding for love. This is why he has great difficulties expressing genuine feelings of love when it comes to acting. [2] He is not aware of his need for warmth and love.

Episode 「A Cheating PLAY BOY」and some stories from the game hint at a lonely past. It resulted in his complex view on love.

Retrieved from "https://bpro.fandom.com/wiki/Aizome_Kento?oldid=38458"
Community content is available under CC-BY-SA unless otherwise noted.